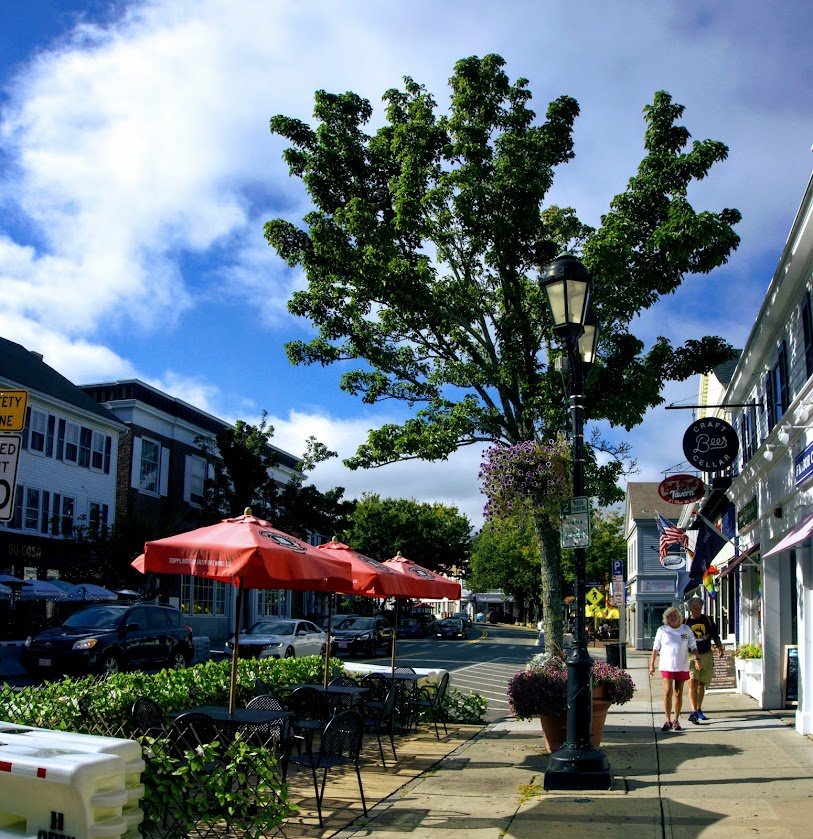 Well, not exactly. The natives were here long before the English, and later there was fur trading up north and Spanish conquistadores down south. But Plymouth Plantation marked the first permanent European settlement in what is now New England. And so it’s only fitting that I start my blog here, in my adopted hometown of Plymouth.

It’s European beginnings are well known – 102 Pilgrims crossing the ocean to seek freedom of worship. Blown off course from their destination in the Virginia colonies further south, they endured a miserable winter with only half of them making it through.

But make it through they did, and with the help of the local Wampanoag, began a fledgling colony, which today remains Plymouth, a pretty, thriving town an hour’s drive south of Boston (with no traffic, if you should be so lucky). Many fly by the town on the way to “the Cape” (Cape Cod), but it’s worth stopping by, or making a special trip. Because not only is it rife with history that we think we all know (you’d be surprised), it also has a hopping waterfront and that rare thing, a thriving downtown.

But before I go further into modern day Plymouth, I must address the beginnings a bit more deeply. As we become more aware of the history beyond a nice picture of Wampanoag and Pilgrims breaking bread together, there can be a tendency to belittle the importance of those early interactions. The truth is that there was a three day harvest celebration per William Bradford’s written record Of Plymouth Plantation which the Wampanoag joined, and brought five deer to contribute to the feast. It’s also true that there was a peace treaty executed by Ousamequin (Massasoit) and Governor John Carver that provided for mutual protection and peace that lasted half a century. This was a treaty of convenience, of course, the Wampanoag having been decimated by disease brought by the European explorers and struggling to defend themselves against their enemy, the Narragansett. And of course, the Pilgrims needed the help of the Wampanoag simply to survive in the new land. But I will also point out that most peace treaties around the world, then and now, are instruments of mutual need.

The world at the time was full of conflicts between countries and warring factions within countries, as is sadly the state even today in many places. The native Americans were no different, with tribes warring with each other.

There were two key factors that led to their defeat and misery at the hands of Europeans. First, they were way behind Europe in technology and weaponry. Second, they were highly susceptible to the diseases that the Europeans unwittingly brought to their shores. Given time, without European interference, would the natives have evolved like the Europeans did, continuing to build communities, domesticating animals, suffering through resulting plagues and building strong immunities as a result, emerging from animism (paganism by another name) to build modern societies? We’ll never know. Nor can we determine yet whether the good of such an evolution outweighs the bad. We only know that they didn’t stand a chance when confronted with a culture that was so much more advanced.

It is good that we are beginning to acknowledge the misery that was inflicted upon these peoples, and I support the call for a national apology and reparations. But I don’t want that to take away from the fact that the Pilgrims and the Wampanoag found a moment of peace and cooperation in the midst of a violent world. That, to me, is what we celebrate, with hopes that we can come to the table once again.

But now back to modern day Plymouth. It’s had its ups and downs through its four centuries. It seemed to degrade for a while, with malls pulling people away and becoming more a deteriorating mix of kitschy waterfront tourist spots with a seeming absence of any rational zoning laws, and a Main St/Court St (don’t ask) strip of bars interspersed with a few historic spots of note.

No more. The waterfront is spruced up, with great shops and restaurants from the Rock all the way up to the town wharf. Downtowns bars are now taverns, and interspersed with other restaurants and shops. The town hall has been moved back downtown into the old 1820 Courthouse, which was spruced up and expanded and now sports a visitor center. Art and music venues are dotted throughout. What strikes me most in recent years is how hopping it is even in off season, where waits for a table on Saturday night are often more than an hour. Plymoutheans have embraced downtown Plymouth.

But Plymouth is more than Pilgrims and downtown life. Made up of a collection of villages stretching nearly all the way to the Cape Cod Canal, and inland well out past Route 3, it encompasses a geographic area larger than Boston. There are ocean excursions and beaches, lakes and ponds, golf courses, preserves, a state forest, and miles of trails. You will not run out of things to do, no matter how long you are here.

Enjoy these tours of Plymouth – I’ve created and walked these myself and they are in my suggested order.

Plymouth MA Tour: The Boat, the Rock and the Hill 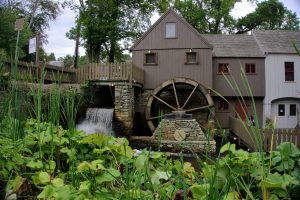 Events Not to miss

Enjoy these tours of Plymouth – I’ve created and walked these myself and they are in my suggested order.

Of course, in any given year, there are a multitude of events taking place. To find these, simply Google “events near <place>” or “events near me”, which will return an astonishingly comprehensive list of events. There are also apps you can download, like EventBrite. And it’s worth checking the Massachusetts official tourism site, though it will not be a comprehensive list, since it relies on the event coordinators to submit the information. 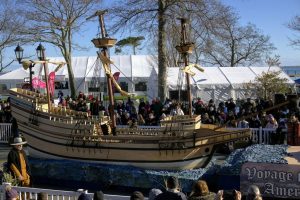